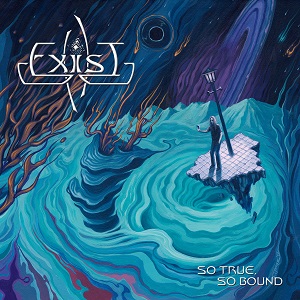 Here’s an early career resume for you: Cynic, Death to All (the Chuck Schuldiner tribute tour) and Defeated Sanity. Talk about fine company to be in, eh? The above three belong on the CV to one Max Phelps, who took on the daunting task of recreating Schuldiner’s parts in the live setting. To perform such exalted parts with such exalted people means Phelps is doing something right, also translating to his own band, Exist, which he formed in the late ’00s. Four years removed from their Sunlight full-length, Phelps, along with some notable faces, is back with So True, So Below.

Joined by Jeff Loomis solo band bassist Alex Weber and drummer kingpin Hannes Grossman (Necrophagist, Obscura), Phelps and co. effectively spin the wheel on complex, but listenable arrangements, all set to a concept “that takes a look at how language and concrete definitions create societal rules and guidelines.” Since Phelps is able to sing cleanly (and well, for that matter), he’s able to convey the album’s conceptual basis on hummable jams like “Take a Picture” and “So Bound: One of the Heard,” which reaches down into a Gorguts-like sprawl.

Ultimately, it’s the drama and balance unfurled on “Happily Ever After (For a Week or So…) and in particular, “To Sever the Strings” (featuring a guest solo from Symbolic-era Death lead guitarist Bobby Koelble) that puts So True, So Below up and over. Phelps has several things going for himself here, the most obvious being how engaging a good chunk of these songs are. They easily push technical boundaries while never getting too ponderous. So True, So Below has devised its own masterful progressive death metal formula. 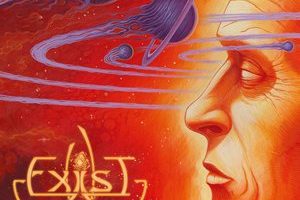