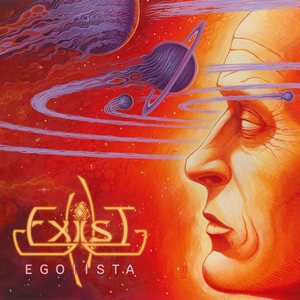 Returning for their third full-length, Exist, knows how to build some interesting contrasts. The band led by Max Phelps, who has been involved with the Death to All tour as well as Cynic and Defeated Sanity on the road, has quite the progressive flair (tough to believe, right?). For this release in particular, it feels that the contrasts have grown larger and more impressive in size – all without dampening the atmosphere or vibe itself.

It almost feels like two different releases in one when it comes to Egoiista, but it’s not a bad thing. On the one hand, there’s a lot of very gentle and progressive elements. There’s an Opeth-ian vibe to it without going too far into that particular territory. But there’s also a more Death-ly side to the progressive elements, and Exist knows how to bring out some heavy stuff when they want to. Because of these two components, many of the tracks are rather lengthy, such as the 10-minute opener “Through Suffering He Paints the Universe.” For the first five minutes, it’s a trippy and space-y build up of proggy riffs and clean vocals. But right around the halfway point, it explodes into more death metal territory. It’s heavy, but it doesn’t feel out of place because the progressive piece still stays – the playful riffing and melodies are there…just heavier. It gives the second half of the song a more sprawling vibe, and makes the return to softer stuff at the track’s end more ethereal and rich. This is the sort of dissection that you can do with many of the songs on Egoiista. For some, the proportions of soft to heavy vary, from the heavier “Spotlight’s Glow” to the entirely melodic “Amongst the Trees,” but it makes for an album that is worthy of its 66-minute runtime.

Some may find the contrast between lighter, airy prog and proggy death metal to be a bit much, but for those who want a larger dynamic at play in their music, Egoiista completely delivers. It makes for a sound that can be both affecting and complex all at the same time. 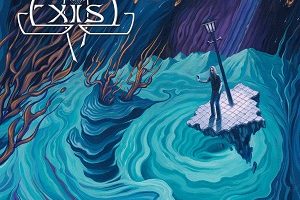