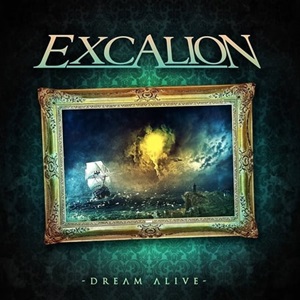 The rise of Finnish melodic power metal in the 1990’s came as pinnacle work from Stratovarius and Sonata Arctica received rapturous response globally – Visions and Ecliptica respectively revered to subsequent generations. Lurking underneath have been newer acts carving out their niche from this template – of which Excalion qualifies. Active since 2000, releasing two demos and signing to Limb Music for three full-lengths, the seven-year layoff itch appears to be scratched in the form of this fourth studio album Dream Alive. Along with a fresh record contract on well-respected Scarlet Records, the band debut another vocalist in Marcus Lång – so the burning question remains, will the ship steer steady for all comers old and new to this member shift, or will possible abandonment procedures take shape?

The songwriting and musicianship within these 11 songs resonate in more of a meat and potatoes platform rather than razzle/dazzle speed or syncopation flashiness – a testament to the work of older Rainbow, Europe, and Dio where capturing an idea and expanding upon it organically matters most. Jarmo Myllyvirta makes his ivory finger runs magical right away on “Divergent Falling”, layering the major hook with resplendent guitar action from Aleksi Hirvonen – that even when picking up the pace to semi-shred/tapping textures, it’s never self-serving but in line with the tempo and overall arrangement atmosphere. Classical sprinklings appear in instrumental sections for “Man Alive” or the requisite energetic/crunchier “Amelia”, sure-fire efforts that keep even worrisome power metal followers appeased to clap, chant, or bounce happily along.

Marcus’ range can go full-circle in terms of belting out those heavenly highs or comfortable, emotional low to mid-register melodies. Check out all facets of his abilities on the catchy “Marching Masquerade” or power ballad-esque “The Firmament”- which makes me think of a smoother Graham Bonnet against Timo Kotipelto versatility for comparison’s sake, ideal for Excalion and what they choose to execute as a song first act. Saving the eleven-minute plus “Portrait on the Wall” for conclusion, the epic features a stirring instrumental beginning, thoughtful verses and a bombastic mid-section where drummer Henri Pirkkalainen throws down semi-snare blasts and fancy groove transitions before more serene to active segments ebb and flow – Stratovarius comparisons abound, all for the good.

Sometimes it’s not all about becoming the fastest, the flashiest, or extreme for the sake of being out there. Excalion prove with Dream Alive that melodic power metal can be best served with some solid songwriting and building musical moments inside out – as such releasing a highly entertaining effort. 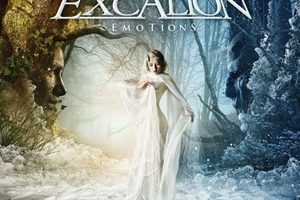