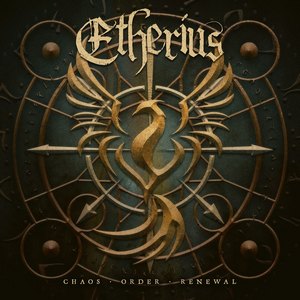 Instrumental act Etherius showed plenty of promise in 2018 with their first EP, Threads of Life. For an instrumental act, it was very energetic, thrashy, and most importantly, loaded with melodies. Two years later, the band is presenting their first full-length in the form of Chaos. Order. Renewal., and all of these qualities again stand tall for the New Jersey act.

Where most instrumental metal seems to fall into one or two categories (atmospheric/mood-based, or attempting to impress with virtuoso showmanship), Etherius really eschews these two notions and dives more into their own thing. It was true last time, and feels even more true with this album. At its core, Etherius’ sound doesn’t differ too dramatically from a more vocal-based band. The punchy and upbeat thrash/melodeath feeling gives them access to plenty of immediate hooks, and they use them quite well. “The Rivers of Sand and Blood” gallops with a combination of thrilling riffs and memorable melodies, and “The Eye of Ra” is absolutely frenetic in its execution. But where a band like this would rely on the vocals to further emphasize things, Etherius doubles down on their musicianship and takes things up a notch. It’s not over-the-top and there to be showy, but the shreddy solos and melodic leads take centerstage in each of the tracks, embedding themselves in the listener’s ears. Be it the more mid-tempo and somewhat dreamy feel to “The Omnipotent” or the more visceral impact of “Pyramid of Mirrors,” Etherius showcases technical proficiency all the while keeping it moving forward and accessible to non-musician fans. It’s all about the song itself, and Etherius have quickly proven themselves to be quite proficient in this area.

Chaos. Order. Renewal. Is an impressive piece of instrumental metal that can shred as well as it can lay down gorgeous melodies. With only one EP and now full-length under their belt, Etherius have shown that they can stand out and make something that appeals to a very wide swath of metal fans. 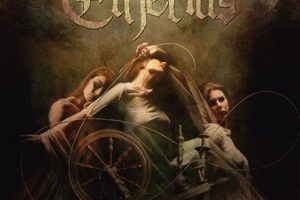