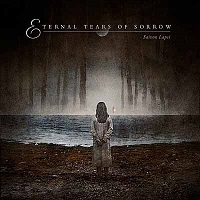 A band forever lost in the Bodom/Kalmah/Norther shuffle, Finland’s Eternal Tears of Sorrow have been attached to their symphonic melodic death metal style a bit more than they should be. It’s why they’ve never been able to climb the ladder, in spite of respectable outings such as 2006’s Before the Bleeding Sun and their most recent outing, 2009’s Children of the Dark Waters. With their seventh full-length Saivon Lapsi create an even more cinematic and broad album than its predecessors, but is it enough?

The willingness to employ clean vocals on a frequent basis is something the above-mentioned trio would never consider, something that lends the overarching power metal flavor of tracks like “The Day,” which treads carefully between Kalmah-like guitar splendor and the bravado of Rhapsody of Fire, at least on the vocal front. However, it’s the grit and grime melodic pull of “Dark Alliance,” “Legion of the Beast” and stalwart “Blood Stained Sea” that are the most adventurous numbers of the lot. Brimming with loads of keyboard patches, Finnish death belches, and a sense of adventure, tracks like this demonstrate Eternal Tears of Sorrow’s ability to at least on some level, tread their own path.

Because there’s no scintillating “wow” factor with these guys and they’ve yet to create anything approaching a landmark release, Eternal Tears of Sorrow rests strictly on the cult level. They certainly have their legions of supporters (they’re name-dropped frequently on message boards), yet don’t expect further acceptance to come via Saivon Lapsi.