Esben and the Witch – Older Terrors (Season of Mist) 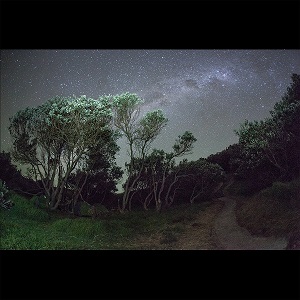 Berlin often finds itself near the top of every hipster hotspot list, which given the city’s history for being a haven for the young and restless, is understandable. The most notable spot is Kreuzberg, an area that in the ‘70s was dominated by squatters and anarcho punks. Today, you can revel in its various fine eateries, art galleries, and clubs. How things change. Reason being, Esben and the Witch migrated from British soil to Berlin, in the process, snagging a deal with Season of Mist for the release of Older Terrors.

Working with the usual post-rock elements (space, spaciousness, caressing chords, and tribal drums), Esben and the Witch are clearly ones for stark, bare-bones material. The vocals of Rachel Davies are quite soothing, especially since she’s never on top of these songs. She carefully picks her spots, working in her emotive, if not vulnerable howl to tremendous effect on the spellbinding opener “Sylvan.” (Lest we confuse this song title with the band Sylvaine, who also have a song called “Sylvan.) On the concentrated doom dirges of “The Wolf’s Sun,” Davies’s vocals take on a chilling effect, gracefully riding along with gentle guitar work and riff crescendos.

Conceivably not a part of the wave of retro-influenced female-fronted bands (see: Blues Pills, Purson, and Wucan), Esben and the Witch is significantly darker than their would-be peers. The combination of Davies’ gritty, earthy vocals and the wise use of singular dynamics allows Older Terrors to score one for minimalism.