Swedish Viking/black metal warriors Ereb Altor got their act together in 2003, and now release their fifth studio album (the debut releasing in 2008 to high regard). Seen as a continuation of the spirit harnessed in the essential Bathory works, Ereb Altor carries the flag for that epic Viking sound within the realms of black metal. To be sure, it is not accurate to label the band as a black metal band. Viking it definitely is, so Vikings they be. But unlike the formulaic, chest-thumping product churned out by mega-famous Viking heroes Amon Amarth, Ereb Altor bring a lot of texture, atmosphere and depth. There is a magical/fantasy component to their tales as well, which creates an aura much different, and a sound unlike the aforementioned band – a much more diverse and musical sound.

Versatile vocal work between guitarists Mats and Ragnar combine to cover the bases between the epic cleans and the sinister rasps, which fit nicely with the overall spectrum of sentiments in this genre. Vocal stylings are balanced and appropriate depending on the song/section. Prominent keyboards provide nice atmosphere, really turning up the fantastical element of the band, while not adding any cheese to the mix. The mid-album track “The Dance of the Elves” is a real highlight, showing classical guitar work and folk-tale inspired clean singing (in that ever-present Bathory mold), giving way to dark and atmospheric melodic, epic black metal with powerful guitar leads, mighty double bass work, and an overall magical vibe, in a Viking metal context.

With all seven tracks herein proving to be well-written, well performed and engrossing pieces, there appears to be no weak links on Nattramn. It is a balanced effort between the folkier sounds and fierce side of the band, all contained within the metal genre (this is a heavy record). An enjoyable listen from start to finish awaits the fan of Scandinavian Viking metal done right, and is what we have here. Nicely produced with robust and modern techniques, which really bring out the darkness and weight in this album, Nattramn succeeds, of course, due to the strength of its content. Skål! 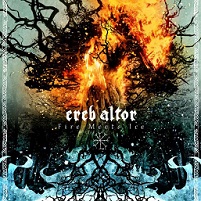