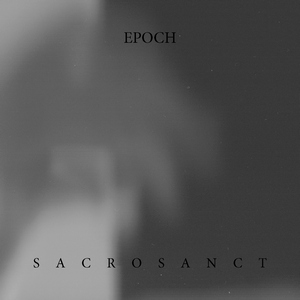 Oftentimes, a self-released effort may not get the attention it rightly deserves despite best intentions. There’s simply too much out there and things get spread undeniably thin. So one tends to be thankful when an album that sat below the radar for many for two years makes its way to a CD release by a label. Particularly when it’s a label known for quality death metal such as Lavadome.

Sacrosanct was initially released independently in 2015, and is now seeing a re-issue to the disc format. The Belgium-based act plays death metal with a side of black – the notion of blackened death metal sometimes leads things towards the symphonic end, which you’ll find none of here. But there’s a dark, bestial atmosphere that uses a fair amount of blastbeats to get its point across – though slower moments of darkness keep the band from feeling one-note. There’s a labyrinthine feel to it at times, but nothing that approaches the cavernous end of the spectrum (though the Immolation influences are here). What does seem to be most important though, is how Sacrosanct rolls out over time. You may give it a listen and relish the sheer adrenaline involved for a few spins, but what you should notice over this time to are the underpinnings that begin to let themselves be heard. Some swift and effective melodies become more clear over time with repeated listens, giving tracks like “Hangman Paradox” and “Nine” a longer shelf-life as you listen to the complexity and melodic nature of the band combine and gel, as the blast beats swell and growls smack you in the face with intensity. These aren’t soft little melodies either, but ferocious ones that help to build the album into an even more frantic and enjoyable one.

Sacrosanct may at times appear a dense listen, but it’s worth a thorough investigation for those who appreciate death metal that can invoke feelings of the past while steering ahead into the future. Frenetic melodies, feral intensity – it’s a combination that should serve Epoch well, and Sacrosanct should hopefully get a solid second life with this re-issue.