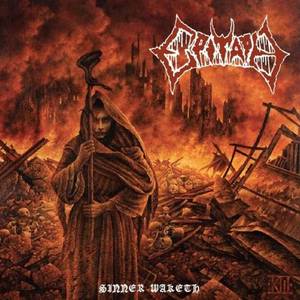 There’s always a moment of hesitation when something is presented as Swedish death metal. There’s just so much of it out there that the palette has been satiated (or abused depending on the perspective). However, Epitaph fall under the “been around since the beginning,” with their first album coming into existence back in 1992 (Seeming Salvation) so the authenticity factor is there. It also helps that they don’t just go by the playbook.

So following a 25 year break, how does one slip back into the Swedish crunch now that everyone and their extended family has come for their own taste? Well, for starters, Sinner Waketh doesn’t go as hard into the HM-2 crunch as you may expect (you can even discern the bass). There’s a bite of it there, for sure, but it comes across more clearly than it does muddy. That alone helps to define them separately from the rest of the bunch, who are down with simply repeating the past. Then there’s some glimpses into more death ‘n roll territory (see “Heathens”), in addition to the more frantic, purely death material. The stronger emphasis on grooves in several tracks helps to cement the band as not willing to simply chart one course. That being said, no one is going to accuse the band of splitting their sound into different directions, as the whole thing feels fluid. There’s plenty of aggressive sounding melodies as well to help keep the songs afloat, giving them some added staying power outside of the tempo changes (which scale from fast to doomy).

Familiar enough for the retro death movement to enjoy, but switched up enough so that they don’t sound like the rest of their peers, Sinner Waketh is an enjoyable addition to the Swedish collection. It hits all the right marks, and the variety helps to keep it suitably aggressive and fresh. 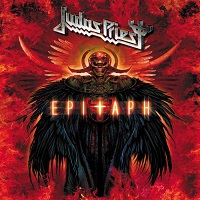