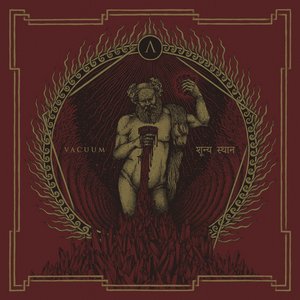 The spirit of the weird remains alive and well in 2018. Being a torchbearer for it before us now is Poland’s Entropia, bringing an elaborate, psychedelia-influenced take on post-metal. Vacuum is a sprawling, leisurely-paced work that goes where it wants and takes all the time it wants to in getting there. While it does at times make for compelling listening, at others it gets lost inside itself (leaving the listener no better).

To be fair, given the album cover and the song lengths (opener “Poison” goes for over 15 minutes), what I found was significantly more interesting than what I expected. Post-metal as a genre was in large part run in to the ground by 2009, every third band pushing some sound mining the easier aspects of Isis or Cult of Luna but providing none of the majesty or dynamics. Vacuum does not fall into that trap. Somewhere several minutes into the aforementioned opener, the momentum changes and a ritual-patterned foray into stream-of-consciousness exploration lets loose and continues on and on (and on!). The run time, I’m happy to say, isn’t wasted.

While not all of the tracks sustain the same sort of interest across their varying lengths (though three others near or breach the 10 minute mark), the components remain the same. Cult of Luna crossed with the tribal-psych of Oranssi Pazuzu colour in the lines that define Vacuum. Vocals are sparse throughout, concentrated most consistently on the album’s shortest, fastest piece “Astral”. And it’s just as well, a thinner but common take on the post-metal shout/scream, a faceless instrument that takes a tangible backseat to the music.

Surprise on the one hand, restlessness on the other. I really like the core of what Vacuum offers. A couple of the tracks (“Wisdom” and “Vacuum”) meander a bit much for their run times, but all in all Vacuum offers a much more compelling listen than I expected going in. A thick production allows everything to shine and breathe, a spectacular quality given how meandering the songs tend to be. Your mileage will vary, of course, but if you’re feeling weird, Vacuum will take care of you. 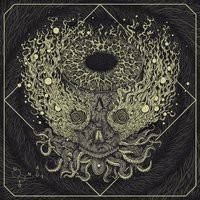