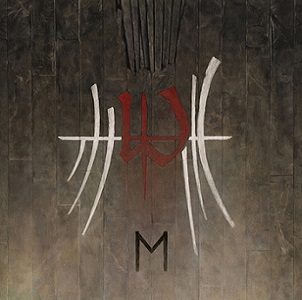 The impact keyboardist/clean vocalist Herbrand Larsen had on Enslaved’s 2004-and-up output cannot be underestimated. Already a band willing to undergo sonic shifts on a per-album basis, Larsen was tasked with providing an entirely new dimension to the band’s sound. Aside from his carefully-crafted keyboard playing, Larsen’s clean vocals were often in-song highlights. Songs like the ever-popular “Isa,” “Entroper,” “Ground,” “Roots of the Mountain” and “Building with Fire” were essentially defined by Larsen’s vocals, offering the perfect counterpart to Ivar Bjørnson’s effortless compositions. Unfortunately, Larsen departed Enslaved last year, creating a rather sizeable void. But, a veteran, if not legendary band like Enslaved is bigger than the sum of its parts, as displayed on E.

Larsen’s replacement is Håkon Vinje, who happens to be the first voice heard on opener “Storm Son.” Vinje, like Larson, is smooth, perhaps somewhat in line with Opeth leader Mikael Akerfeldt. Bjørnson has certainly given Vinje ample space to display his talents, in particular, on “Axis of the Worlds” and “Feathers of Eolh,” the latter of which has the most gusto and force of the album’s six cuts. Stylistically, Enslaved remains firmly in the pocket of 2015’s In Times, the prog moments still melding into their devastating Norwegian metal modes. The band remains through-and-through accessible, the songs working with just a few ideas, but combining en masse to drive home the notion Enslaved are perpetually spinning their own wheel, however you may describe it.

What was started on 2004’s Isa continues to be built upon by Enslaved; this outsized beyond-Viking, beyond-prog ideology. E, like its recent predecessors, is a stalwart, hunkering down comfortably between 2010’s Axioma Ethica Odini and 2012’s RIITR, all the while adding a rather big piece to the equation (Vinje). So as the world continues to churn and burn, there goes Enslaved, perhaps the stoutest of all the Norwegian extreme metal bands.