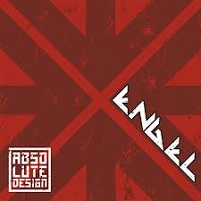 Static-X and several key players from the Swedish metal scene just don’t mix. It won’t work in Sweden, Germany, and definitely not in the States, where boneheaded Nu-metal is on the outs for the time being.

The lineup itself, featuring ex The Crown axeman Marcus Sunesson, former In Flames/Gardenian guitarist Niclas Engelin, bassist Michael Hakansson formerly of Evergrey and former Lord Belial drummer Mojjo is enough to make any fan of Swedish metal drool. Just think about it: combine the burning speed of The Crown and Lord Belial with the melodic savvy of In Flames, and the grace of Evergrey – what a combo that would be.

Unfortunatly, we can only dream of such a happening, as Absolute Design is a mediocre smattering of post-industrial metal, with shades of Engelin’s Passenger project with Anders Friden.

Mangan Klavborn certainly has that “nu” vibe to his vocals, especially during the chorus of “Casket Closing” and “The Hurricane Season.” When combined with simple, downtuned riffs as in the case of “In Splendour,” “The Paraclete” and the very Static-X infused “Trial and Error,” the results are not only head-scratching, but a bit demoralizing given the people involved.

All the talent and experience assembled can’t rescue the obvious lack of quality control demonstrated by Engel. This project sat on the sidelines for a few years before it was picked up – now we know why. 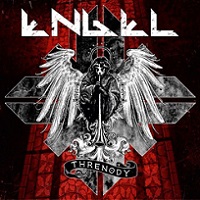