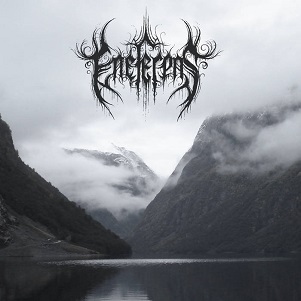 Wisely picked up — as per their habit — by Nordvis and Bindrune a year after its release, Eneferens’ sophomore In the Hours Beneath is another stark reminder of the rampant cross-breeding going on within extreme metal, and why it’s so satisfying when it hits the mark. Probably an atmospheric black metal band at its core (think Wolves of the Throne Room but less forest-y, if that makes any sense), Eneferens put on a well-executed display of cold, dark and unforgiving metal that eludes proper description, deservedly so.

The brainchild of multi-instrumentalist Jori Apedaile, Eneferens offer up the proverbial curveball on opening cut “Morning,” where Mr. Apedaile works in some harmonious, but not over-imposing clean vocals. His vocal croaks and lack of refinement are of the overall benefit to the band’s sonic structure, one that eventually starts to heave those aforementioned wooden, climatic black metal tonnage on “Chrysanthemum” and the mournful “Refuge,” which is our pick as the best cut of the bunch.

“Ascension,” the album’s most earthy and hearty cut, if you will, is justifiably place at its conclusion, a heaving synopsis of everything Apedaile does properly. Based on the inherent strength of In the Hours Beneath, there’s a lot the man does well; he’s created a whirling, cloaked-in-darkness-but-through-the-woods outing that has variety for days.