Endon – Through the Mirror (Hydra Head) 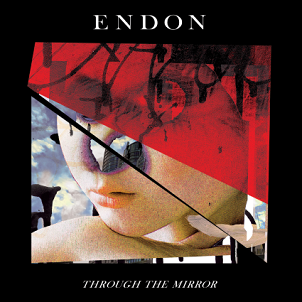 Here’s a good one: The antics of Endon singer Taichi Nagura were so unruly and “dangerous,” that folks in Japan started avoiding their shows out of fear for their safety. It’s much like those crazed, testosterone-ridden hardcore shows with flailing dudes purposely trying to injure standby-ers. Enter at your own risk. But to the greater point, Nagura’s antics embody Endon’s “catastrophic noise” sound, a combination of noise, black metal and sludge. In other words, their Through the Mirror effort is total annihilation.

Whether it’s because Endon are Japanese or not, the unrelenting rung of experimentation and variance continually turns the wheel on Through the Mirror. The album never finds time to congeal, which is ideal in this setting. While the truly warped and unrelenting “Your Ghost is Dead” and “Pensum” hold down the extremity fort, it’s the bizarre, outlandish “Born in Limbo” and sludge-crusted “Perversion Till Death” that offer the clearest signs that Endon are not ones to be fucked with, for lack of a better term, particularly Nagura, who displays absolutely zero form to his vocals. And it works marvelously.

Through the Mirror finally, if not definitively wraps itself around a telephone pole via its title track and surprisingly melodic closing cut, “Torch Your House.” “Torch Your House” could be considered the aftermath to an album that is akin to a bullet train colliding with a fighter jet…or something like that. You get the point; Endon have no frame of reference for control nor cohesion, yet pulled together a batch of songs that stick in the ‘ol earhole, all the while making one ponder “How did they come up with this stuff?”