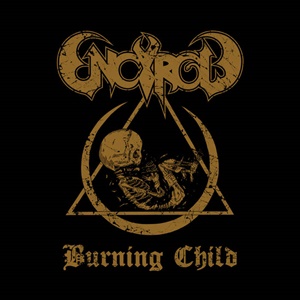 Embracing an evil slice of the heavy/speed metal platform, Danish act Encyrcle made impressive inroads through their 2015 self-titled debut album on Unspeakable Axe Records. While preparing for the proper follow-up, we have a four track EP in Burning Child – consisting of two originals, one brief 32 second instrumental and a cover of “Strange Days” from The Doors. The EP also serves as an introduction for two new members – one of whom in guitarist Søren Kammer that has recently left due to a US job opportunity, as well as new vocalist Philip Butler. Which begs the question – what makes the five-piece stick out amidst the rest of the retro/classic brigade?

After a few playbacks, it’s clear through the guitar tones, in your face production values, and trilling/double bass finesse moments that these musicians have familiarized themselves with Bathory and Mercyful Fate as much as they have Judas Priest, early Savatage, and Iron Maiden. The first song “Delight of Evil” shifts between speed metal terrain and mid-tempo guitar runs, Philip using all facets of his metal register from the lower to shrieking aspects. The seven-minute plus title cut has the epic slow-building opening with Geoff Tate/Ray Alder-ish harmonies and high command vocals before the churning, Dio meets Fifth Angel main riff just forces hands aloft, incessant headbanging, and future unison vocal harmonization of a soccer chant variety while the tantalizing lead break elevates the energy. It’s the type of “Steel the Light”/ “Heaven and Hell” song for Encyrcle to ride forever as a treasure. And as for “Strange Days” – The Doors may not have been known for being a metal act per se, yet Jim Morrison certainly had a unique, soulful style and musically this song marches right into Encyrcle’s wheelhouse – eerie, dark, and mysterious. Plus, aren’t you tired of bands plundering the metal coffers for covers?

In 16 minutes, many will become believers for Encyrcle with Burning Child if they weren’t already before – a teaser into the second full-length which should keep these Danes top of mind for future Keep It True/ Headbangers Open Air festival bills. 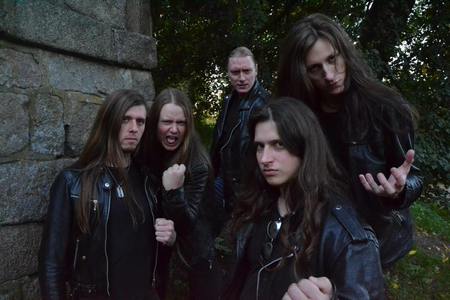 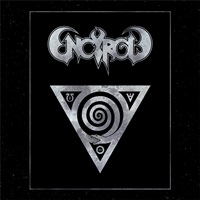