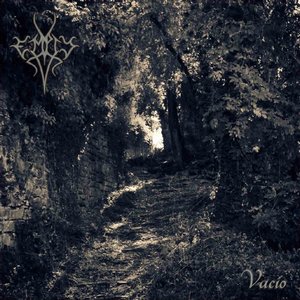 It’s a natural thing to judge a book by its cover, or in this case, an album cover and its associated band photography. Being wholly unfamiliar with the band before peeking into the material with Vacío (Spanish for empty, an ongoing theme!), I figured I’d be welcome with depressive black metal with a penchant for Mormon-styled celestial undergarments. Introductory piece ‘The Yellow Rain’ didn’t dissuade me, being a somber drowning in old dungeon synth. As I would find though, I jumped to conclusions a bit too soon.

‘Empty’ (depressive THEMES at least are here in spades) is a lo-fi tornado, a blasting tremolo fest with no desire to slow and wail at the failures of the world. It’s also seeping with surprises, namely the very aggressive, very forward bass playing that pops up again and again throughout the album. Clean vocals of the group chant variety drape over the song as it levels out into a march and continues to expand.

This progressive-like leaning persists throughout Vacío. Songs take a black metal framework and work it through late 90s Katatonia that, despite some longer run times, never feel excessive. With the album’s longest and most varied work ‘Filandom Under The Sign of Misfortune’, the experience is as peculiar (acoustics cast alongside the ever mourning synths) as it is awesome, 90s Enslaved wrung through a depressive ringer, expressive melancholy as a light shown through some foul murk.

And murky it is, the production a thick haze that drowns nothing exclusively but allows everything equal opportunity to suffer beneath the surface. It serves the songs well, however, a blackened majesty at play that shares a lot of the historical sound but without attempting to recreate any one sound or band in particular. A fitting album for the closing weeks of summer, to mourn the unpleasantries to come. And more importantly, a lesson that you can be proven wrong when judging a band by its band photos.