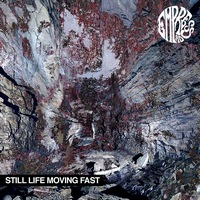 When one reads “prog metal” and “UK,” the dots are instantly connected to djent and its various subsidiaries. And while the likes of Tessearact, Monuments, and friends continue to have their day in the sun (whatever that is, really), the proverbial second wave is starting to get moving, which is where Empress AD comes in. Thought highly enough by the Roadrunner UK brass to sign them to a deal, the band is getting a North American release via respected indie The End. As it stands, their Still Life Moving Fast has enough versatility and snap to somewhat live up to the hype so bestowed upon them. And more importantly, it establishes the band as being rather un-djent. Hooray for that.

An initial run-through of the album’s ten cuts finds the band not as privy to lolly-gagging chug-a-lug riffing, opting for a bit of sludgy/atmospheric slant, which does them quite a few favors on the excellent “Delve into the Retrospect.” The riff combos of Ollie Loring and Tom Meadon generally volley between virile (“Deeper in Disguise”) and sublime (“Blurred Perception”). This regular, somewhat constant oscillating between gruff and ruff riffage and clean channel flourishes gives Empress AD the dynamic scope in which to translate properly in the progressive arena.

The vocals of the aforementioned Ollie Loring generally get the job done in a post-rock way. He’s not a progressive sorcerer ala the style’s old-timers (see: Dream Theater, Symphony X), but he’s certainly capable of finding the right keys and angles, most notably on the climatic closer “Consumed,” which serves as the best song of the lot.

Lots to digest with Still Life Moving Fast, and being that it’s the band’s debut, they’re going to have work really hard to live up to this particular album’s breadth and depth. So in essence, little trouble in slotting these lads in the next-rung of progressive-handlers, and considering they’re growing into their own sound, consider hype well-served. For once.