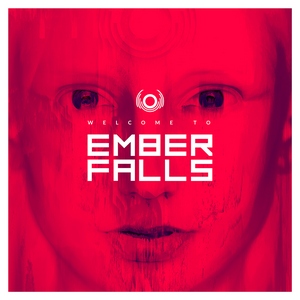 It’s not so often anymore that you hear about a band getting signed off of one single, but that’s precisely what happened to Ember Falls in joining with Spinefarm Records. Welcome to Ember Falls being their first album, they went all out in securing a producer and co-writer in Jake E (ex-Amaranthe) and mastering from Jacob Hansen. That also should give you a rough idea of what the album sounds like.

Modern metal that shares a portion of its sound with bands like The Unguided and Amaranthe is a good enough starting point for Ember Falls. A tinge of melodeath in the riffs, accompanied by big, futuristic keyboards that take their fair share of the melodies, and you guessed it – two vocalists (one screamer, one clean vocalist). Though the set-up is one that’s becoming more and more familiar, Ember Falls does happen to hit the mark well, and often. Driving and faster riffs take the landscape for the verses, and the band isn’t afraid from firing off some catchy solos throughout the album (see “Falling Rain” or “Shut Down with Me” for some strong examples). The heavy electronic elements and synths make sure things stick rather upbeat come chorus time, with clean vocals that add a high fructose level of sugar-y sweetness to the prime moments. It’s honestly hard to listen to a song like “One More Time” or “Rising Tide” without it affixing itself to the back of your skull for the remainder of the day. While most songs take the uptempo approach, the band does spread its wings a bit with the melodic “Freedom,” where the almost Sentenced-esque cleans become a bit more pronounced. Unfortunately, there is one dud to be found, with the cringe-worthy nu metal-esque rapping in “Open Your Eyes” rendering the song almost unlistenable.

One easily skippable song aside, it seems modern metal has found a new act worth getting behind. While there’s plenty of synthetic elements, the metallic crunch still finds its way through the mix in a way that many like-minded bands seem to ignore. Plenty of crossover appeal in this one as well – Ember Falls have the genre basics down pat, and could really wow audiences as they gain momentum.