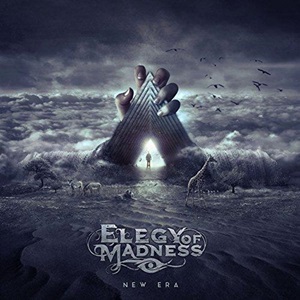 Symphonic metal has transformed from niche appeal two decades previous to headlining attraction for many diverse bands – names like Nightwish, Within Temptation, and Epica gaining momentum as they attract legions worldwide. Little surprise that this influence trickles into the latest generation, aiming to put their own stamp on the genre. Elegy of Madness hail from Taranto, Italy – together since 2005 and graduating from the smaller, local label Sweet Poison Records for their debut album The Bridge of Sighs to the current WormHoleDeath for the follow up Brave Dreams. Continuing their four-year gap between releases, New Era represents the quintet admirably, delivering 12 tracks of stirring material that contains elements of gothic and progressive textures beyond the operatic-oriented melodic vocals and lush orchestrations which keep things in line with the genre at hand.

The band feel as comfortable ramping up the riffing and tempos to almost extreme death/blackened proportions during the initial sequence of “Lunacy” just as much as delving into electronica/80’s dance rhythms/keyboards for opener “Apokalypsis”, heightening the aural dynamics on display and ensuring the least amount of sameness as the tracks unfold. The focal point will be Anja Irullo’s passionate voice – golden in those upper operatic moments, while also tender and more restrained for the gothic touches when necessary. Energetic hooks come at all angles, guitars and keyboards working in tandem to fill up the space for a bevy of catchy chords that should lift spirits and get audiences chanting – best bets to click for this record include the mid-tempo title cut and slightly staccato/modern mover “Endless”. Keyboardist Luca Basile also adds cello touches that open up orchestration possibilities beyond what’s available to him through computer/ivory means – further developing ideas on “Divine Obsession” and the instrumental closer “Day Zero” which propel that neoclassical/progressive edge.

Hitting right down the middle of that 50-60 minute window where you get your money’s worth in terms of material but don’t feel exhausted airing New Era all in one sitting, Elegy of Madness offer enough twists to the formula to gain broader appeal for wider audiences. And yet the commercial aspects aren’t purposely off putting as to lose the heavier contingency – kudos to the five-piece for engaging their songwriting and output in this manner, as it makes for a record people will return to consistently. 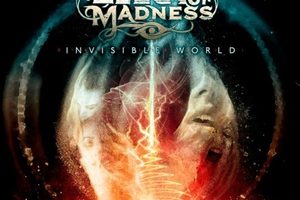 Elegy of Madness – Transforming the Intangible