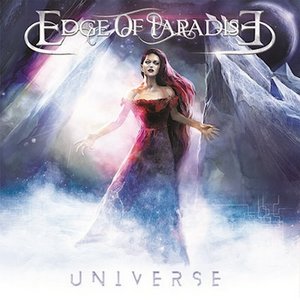 Building themselves up over the course of the past decade with independent releases and touring, Edge of Paradise has landed a record label home for their third full-length effort in Universe. Cultivating a sound that cross-pollinates between the heavy metal and hard rock spectrum, Universe positions itself as not only the band’s break-out moment, but also as a step towards a more unique soundscape.

While still capturing a familiar sense, Universe’s strongest asset is its ability to bring in both industrial and electronic elements that help to make the band stand out. “Electrify” combines an almost Eastern feel in some of the riffing and electronics, to near danceable pulses, roaring grooves, and soaring vocals and molds it into something that sounds futuristic yet approachable. The same could be said for much of the album in terms of the use of outside elements – the way that they combine and sync those components with the riffing is something that stands out from beginning to end. Elsewhere, the industrial pounding of “Perfect Disaster” gives the song new life into what could otherwise normally pass as simply a more radio-friendly cut – injecting a more layered nuance that gives the track more staying power. A slower track like “World” has a dark, cinematic undertone to it because of the effective keyboard and electronic use (with not much else backing besides drums) while vocalist Margarita Monet commands your attention with her charismatic and powerful vocals. Outside of the catchy instrumental, “Burn the Sun,” there’s still room in the mix for plenty of guitar heroics, and driving cuts like “Fire” and “Stars” bookend the album with some brilliant moments. This is the type of album that Jacob Hansen’s production is built for, and it gives the album plenty of clarity and punch to both the band and electronics.

Proof that ramping up the electronics doesn’t have to mean a downgrade in heaviness, Universe instead opens up to more depth and alluring energy because of the combination of the two. Edge of Paradise have managed to craft a sound that feels distinct and invigorating – a tough achievement in the modern/alternative metal category, and one that deserves some accolades. The band is really onto something special and it will be interesting to see how it further develops in the future. 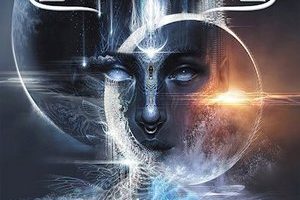 Edge of Paradise – Designing a Universe