Edge of Haze – Illumine (Self Released) 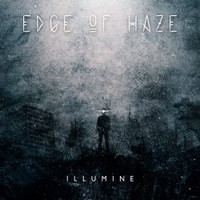 Finland’s Edge of Haze don’t seem like the unsigned variety. Just one listen to Illumine has a tendency to make one scratch their head and wonder how Edge of Haze is still independent after two full-lengths. The band has concocted a formula that takes the gloomy nature that their homeland is noted for and brings in some gothic, progressive, doom, and even deathly shades to design something that is all their own vision.

Illumine is a conceptual album based on the novel Escape from Camp 14. Like any good concept album, it needs to have some variety to convey all the necessary emotions and provide some ups and downs. This is no problem for Edge of Haze, with the various influences and genres the band combines in their sound. You can find some heavier numbers that have a slight Scar Symmetry and Swallow the Sun vibe, such as “The Pyre” and “Crushed.” There are some lighter moments scattered around as well, with “Urban Reverie” and “A Storm at the River” (which includes some clean female vocals) having a more gothic tone alongside some Katatonia and Anathema influence. The vocals share this diversity, with some burly growls added in with the mostly clean vocal approach. The cleans have an almost Depeche Mode quality to them at times, and should be the band’s bread and butter in the future, alongside the emotive riffing structure.

The album slips ever so slightly towards the end of the disc, with the two lengthier closing tracks meandering past their prime. The guitar tone slides to an almost djent tone at times, which is handled well but the overuse of the djent-y tones with the progressive nature of the band could lead them to getting unfortunately pigeon-holed with bands that do not have nearly the diverse repertoire Edge of Haze is pulling from.

There’s plenty of potential apparent from Illumine. It’s always a pleasure to hear a band willing to try things a bit differently and perform it cohesively and well, something that Edge of Haze handles with ease. Fans of any of the bands/genres mentioned should have no problem latching onto this one. 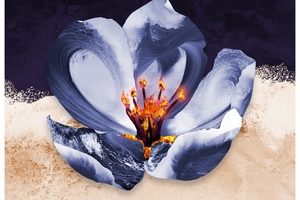