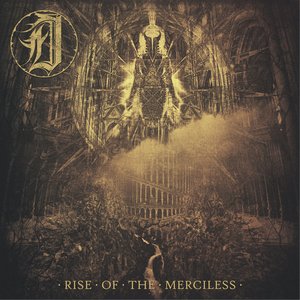 The Jersey duo of Chris Whitby and Aki Shishido threw everything at the wall to see what sticks. And even with a cursory listen to “Rise of the Merciless”, you’ll know that everything stuck to the proverbial songwriting wall. Dystopia A.D.’s new album is an excellent amalgamation of thrash, death, melodic, and even progressive metal which makes it even more mindblowing when you realize that only two guys managed to sound like an armada of stormtroopers.

The vocals definitely stands out, as Whitby displays his versatile skills, employing at least 4 different singing styles and each one with the same fearsome and forceful delivery. Aki Shishido is no slouch on the guitar either, as his command of the six-string WMD gave much of the varied tonal and textural flavors of this album. It would totally make sense to recommend this album to someone who’s getting into metal and it’s a multitude of sub-genres, as Dystopia A.D. has apparently mastered a good chunk of them.

It’s rare to see a band succeed at trying to nail varied styles of music, much less in a single album, but that’s exactly what these upstarts have done with this record. From the left-field trumpets of “Plaguebringers” to the rat king-like thrash/doom monstrosity of “Sisyphean Existence”, Whitby and Shishido have only given us a taste of what’s to come, and by Odin’s will, I hope there’s more.