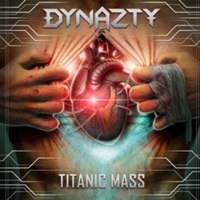 This Swedish band has morphed from more of a melodic/sleaze-oriented hard rock group during their early Bring the Thunder and Knock You Down albums (think The Poodles meets Skid Row) to their fourth album Renatus that contained more Firewind/Tad Morose punch as well as throwback Dio-period Rainbow class. As if the quintet couldn’t ramp up the aggressiveness more, Titanic Mass proves Dynazty aim to keep one ear on their established style while continually exploring modern tones and outlooks – making for a very engaging front to back listening experience.

Given the impact that fellow labelmates Amaranthe have made through their multi-pronged modern metal approach to the masses, you can hear certain aspects in the symphonic part choices and biting guitar tone, which drives “Untamer of Your Soul” with its circular downstrokes and groovy rhythm section parts into an early album favorite. Guitarists Mike Lavér and Rob Love Magnusson really ramp up the energy in their rhythm parts plus quick hitting dual harmony parts – check out the Firewind-esque “Keys to Paradise” for some blitzkrieg, scintillating axe interplay. On the flip side, Dynazty believe in dynamic contrast – so a more emotionally building number like the semi-Rainbow-ish “I Want to Live Forever” showcases Nils Molin’s smooth yet soaring register. It’s the type of song that puts the band in rarified ‘career step up’ status, as his range rivals Russell Allen for sure.

Excelling as well in terms of proper melodic hooks in the chorus department (probably a natural occurrence given their early proclivities to hard rock roots), the band aren’t afraid to throw down guitar-hero oriented lead breaks, or give bassist Johnathan Olsson a brief spotlight during “The Beast Inside”. These 11 songs bristle in power metal confidence, spotlighting musical excellence while never overshadowing the individual needs of each song on hand – not as easy of a task to accomplish in reality as on paper, but Dynazty succeed as Titanic Mass is as killer on listen ten or twenty as the first time.

Euro-power metal with aggressive teeth, Dynazty could find it tough to top this effort. 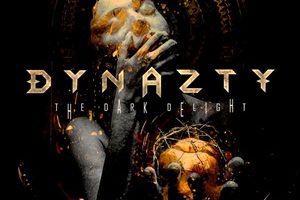