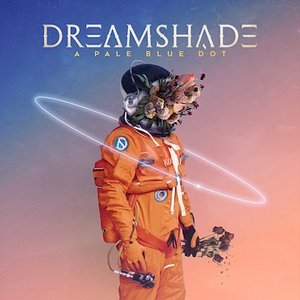 Evolving from a melodic death metal act to a more modern metalcore one over the years, the road forward has admittedly been somewhat rocky at times for the Swiss band Dreamshade. 2016’s Vibrant seemed to pull too far forward with some of the pop influences – for better or worse. New album A Pale Blue Dot continues with the same elements, and suffers from an equally predictable tone.

The band can pull off some strong modern metalcore tracks when they keep them at more driving tones. “Safe Harbour,” “Lightbringers,” and “Nothing But the Truth” all capture high-energy riffs and melodies that sweep in for the kill with an upbeat chorus that keeps the hooks high. Other songs within this area, such as “Save This” or “Step Back” lean further into rock while coupled with that same spirited ‘core energy in a way that doesn’t hit quite as hard but still leaves a memorable impact. Where the album falters is the same as with Vibrant. Some tracks they try to implement a more Linkin Park rap/rock feel, such as “Stone Cold Digital” or “A Place We Called Home,” with vocals that can only be described as cringe-y and drag the songs down. Occasionally, the tracks just feel too familiar within the genre’s structures, such as “Impulse” or “Somewhere Else.” While they aren’t bad, with the number of tracks the problem of predictability sets in with the band moving with the heavy verse/melodic chorus but nothing really sticking with the listener without the stronger dynamics present in the tracks mentioned earlier. A few less tracks could really ease this problem in the future.

Dreamshade does seem to have their ways set in with their more recent albums. With some of the tracks having such a strong impression, it’s disappointing that the album occasionally scatters into more bland waters (let’s just ignore those rap/rock vocals too). A Pale Blue Dot is serviceable for those into the genre/act, but will stay off the radar for just about everyone else. 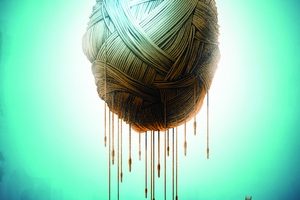