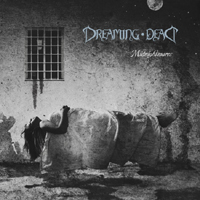 Somehow, this relates to Dreaming Dead’s Elisabeth Schall and her petite speaking voice (which can be heard here) and her death metal roar. It’s a rather ferocious one, making Blistering wonder if she uses it in-between songs, but she shouldn’t – her regular voice is dainty and polite, which is how most death metallers are anyway. And on Midnightmares (the band’s second full-length), Schall and co. prove to buck the female-fronted death metal trend on a rather robust outing of progressive DM.

Schall’s guitar playing is often angular and bound together with some type of melodic undercurrent, which is on display during the opening instrumental “Wake” and halfway-point instrumental “Memorial.” From there, the band take several cues from Sound of Perseverance-era Death and Arsis, meaning the bulk of these songs are adventurous and memorable, like “Exile” and sprawling “Corpse Mountain,” a song that has several peaks and valleys, and unbridled intensity coming from drummer Michael Caffell.

A bit surprised the band is unsigned at the present time (their 2008 album Within One was released on Ibex Moon), so consider Dreaming Dead to be one of the underground’s current diamonds in the rough. On Midnightmares, they give credence to the notion that there’s plenty of fight left in the North American progressive death metal scene. These guys (and gal) are infinitely more interesting than any retro death metal band going. Quality stuff. 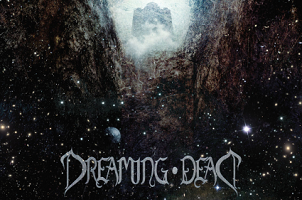