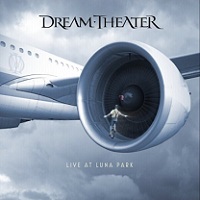 Like seeing them in person, one watches Dream Theater for the noodling, the partial stage loitering, and the occasional James LaBrie crowd rally. It’s not a full-on production; their music is too involved, complex, “nerdy,” for pyro, lights, and action, which makes a visual release such as Live at Luna Park a possible reach for those who enjoy stimulation. However, few are as skilled as DT, and the tunes that make up their 20+ years happen to be quite enjoyable, and with sorta-new drummer Mike Mangini behind the throne making faces and hitting hard, Live at Luna Park finds its value.

Recorded over two nights in Buenos Aires, Argentina, Live at Luna Park is as expected, masterfully shot and produced, with a myriad of camera angles catching every arpeggio, bass slap, and seismic drum fill from Mangini. More often than not, it’s Mangini getting some face-time, perhaps as means for the band to showcase the “new guy.” It’s not a bad thing, for watching the sticksmen pull off complex drum feats during “6:00” or his own solo is worthwhile viewing. LaBrie has come to master his stage cues; he’s more confident-sounding than in prior years (see: “The Silent Man”), and properly exits the stage when the showy instrumental bits go down.

Naturally, the crowd eats it all up, even the newer cuts from A Dramatic Turn of Events. Yet it’s the lasting appeal of “The Spirit Carries On,” “Metropolis Part I” and standby “Pull Me Under” that receive the greatest ovation. Extras include a documentary on getting the whole she-bang setup, as well as some cool backstage footage where we learn of Mangini’s post-show habits, and that Jordan Rudess should consider a second career as a TV reporter considering how polished his speaking voice is. But that’s a minor takeaway…Live at Luna Park gives DT-post-Portnoy a visual lift, and stands nicely alongside their previous contributions to the live release catalog.