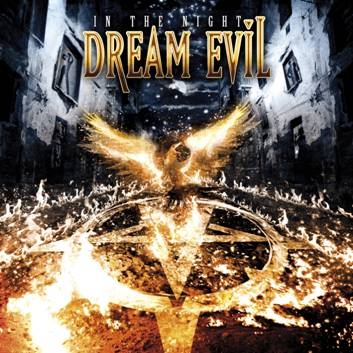 These Swedes represent a guilty pleasure of sorts for this reviewer. Clearly setting their style on the 80’s traditional and cliché’ ridden hard rock eras, do not expect anything revolutionary in terms of their take on the power anthem genre. Song

titles such as “Bang Your Head,” “Mean Machine” and “The Ballad” are as basic and to the point as their songwriting.

“Immortal” opens with a quick drum salvo before settling into a mid-tempo arrangement that navigates around Manowar meets early Nocturnal Rites pastures, including an acapella outro from Nick Night that showcases his shrieking power. Overall Dream Evil reside in that world where you get solid Judas Priest/ Primal Fear like guitar

riffs, solos that prove Dannee Demon knows his neo-classical arpeggio theory and applies it like the best European metal guitarists around (the first 15 seconds of “See the Light” plus the soloing within “Frostbite”) but with the benefit of Ritchie Rainbow (aka Fredrik Nordstrom) and his vast production abilities at his own studio.

I believe 2002’s Dragonslayer and their last studio album United have better overall cohesion from track to track, as there are a couple of songs that merely tread filler waters, especially the sugar-sweet “The Ballad” and the purposely accent-filled “Kill Burn Be Evil” that screams its chorus for a deluge of audience fill in the blank- Mad Libs jabs. When Dream Evil strike gold, you’ll walk away humming the melodies for days, such as the Accept-like closer “The Unchosen One” that wouldn’t be remiss during their 1983-1985 domination days.

They are out to have fun

, so approach In the Night with that mentality and I think you will find 45 minutes of syncopated hair whips, fist flailing and cries to the genre of metal. 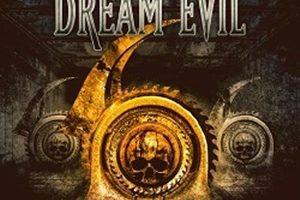