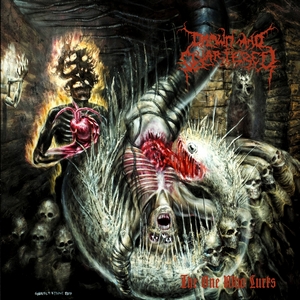 Long time purveyors of the oozy, rotten death ‘n’ doom sound, Drawn and Quartered have returned after a six year absence. Be it that the band has been festering in the underground since the ‘90s and this is their seventh full-length, you can imagine that despite the time away, it’s not like they are going to reinvent the wheel with this latest effort (not that such a thing is truly needed either).

The One Who Lurks feels like a product of the band’s opening years. In that there’s some very clear ‘90s death metal, particularly the always lovable Incantation, floating through the band’s sound. The explosive then crawl repertoire is one that Drawn and Quartered is quite familiar with and tend to exploit its strongest charms. There’s an undeniable wall of sound that the band generates when they hit their top speeds – an invigorating blur of blast beats, deep roars, and spiraling guitars that hit the listener quite assertively (see “Carnal Transmigration”). Its sometimes coupled with some fiery solo work for a rather pleasing effect. On the slower end of the spectrum, some grooves are employed along with dungeon-esque crawls, and the bass work tends to stand out here a bit better. But while the album isn’t exactly a Incantation clone, it doesn’t stand out much from the slew of ever-incoming death metal assaults.

The type of album that is raised many hails from the underground, but it tends not to get too much attention outside of said circles. That noted, those who enjoy this particularly brash brand of death will most certainly get some miles out of The One Who Lurks as it is full of exactly the type of energy and darkness that brings fans back for more. 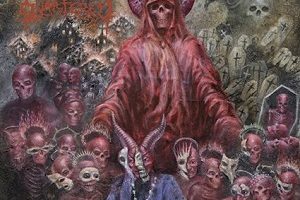