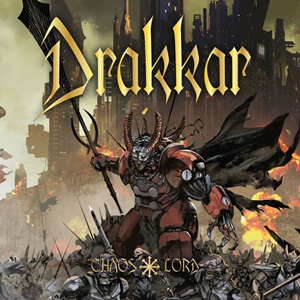 Artists have a delicate choice to issue or delay product considering the global pandemic that has shut down normal live touring/concert support for musicians. Metal music is one of the genres dependent on that band/fan interaction and energy that gigs offer. Italian power metal act Drakkar as a result releases their sixth studio album Chaos Lord a year beyond the final recordings – hopeful to bring some cheer to the faithful. Continuing to deliver an epic style of traditional heavy metal that contains singalong choruses, aggressive riffs, and themes of triumph through battle, strength, and the spirit of the genre – it’s all one could hope and expect for a band 26 years in existence.

The bass work of Simone Pesenti Gritti gains a beefy, up front presence often in specific tracks where marching riffs command the spotlight – the progressive energy of the title track and speedier “Firebird” benefitting greatly with his exemplary sensibilities. Much of the riffing and hooks from the guitars and vocals come from a Teutonic meets NWOBHM veneer – acts like Grave Digger, Running Wild, and Brainstorm coming to mind, although there are times where keyboard accents give off a bit more of a 70’s Deep Purple/Uriah Heep texture, especially in “Lord of a Dying Race”. You can imagine much screaming and shouting along to specific passages of “Through the Horsehead Nebula” as the main musical sequence contains an uplifting keyboard/guitar unison component as well as catchy chorus action from vocalist Davide Dell’Orto. Diversity is also important to Drakkar, which takes place with the electric folk nuances that make “And He Will Rise Again” a second half favorite – the crunchy, galloping passages and mid-tempo, mead-hall chorus perfect for audience participation. And if you weren’t sure what you would be getting before pressing play, the animation warrior on the cover probably speaks volumes as to the eyes peering into this power metal outing.

Drakkar feels content to churn out epic heavy metal with power, precision, and older, tried and true influences. Which leaves them in a niche/cult following – as Chaos Lord won’t rock the boat and is sure to please those already very familiar with the band. 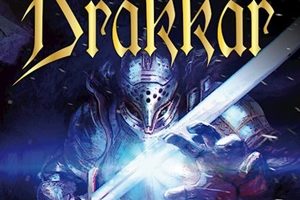 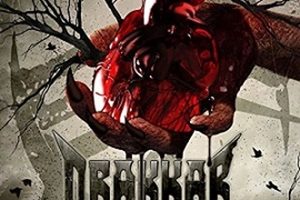