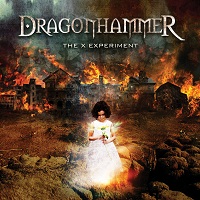 Nine years away in silence can be an eternity in the metal community, so Italy’s Dragonhammer have a lot to prove to put themselves back on the progressive power metal map with this third album, the oddly alliterated The X Experiment. The nine tracks tackling a futuristic lyrical concept in a post-nuclear world where individuals fight to live in chaotic survival, the lineup of vocalist/guitarist Max Aguzzi and bassist Gae Amodio along with keyboardist Giulio Cattivera, guitarist Giuseppe De Paolo and session drummer David Folchitto appear to balance a penchant for their native veteran power strains with occasional glimpses into the progressive and traditional worlds.

Older Eldritch, Vision Divine, and Athena are three acts that come to mind when taking in songs like “Seek in the Ice,” the epic-oriented “My Destiny,” and circular, double-bass fueled closer “Last Solution.” Gaining support from Labyrinth vocalist Roberto Tiranti on the uplifting “The End of the World” certainly starts Dragonhammer off on the right note, but the band struggles to sustain this burst of energy as the album moves forward.

I do not place blame in the musical components; Cattivera flashing all of the pitch bending keyboard tricks and synchronized moves with the guitars we love and expect in this genre, and the rhythms/tempos attack and retreat with dynamic continuity. The fault for total enjoyment lays at the accented, occasional off key melodies from Mr. Aguzzi. He’s not hoarse or gruff in any way, it’s just obvious that English pronunciation can be challenging (check out the emotional verse sections of “Escape”) and he often stretches beyond his lower to mid-range comfort zone.

Maybe album four if completed and released in a timely fashion will see Dragonhammer firing away with all the right chemistry/ creative elements in place. For now The X Experiment is musically acceptable, but vocally not enough to gain acclaim from all in the progressive/ power metal world. 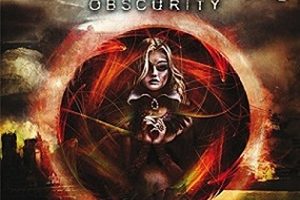