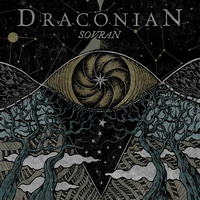 It seems quite clear that the metal gods have smiled upon 2015 when it comes to doom. A number of fantastic releases have made their way through in these past months (Paradise Lost and My Dying Bride for starters), and now benchmark doom/gothic giants Draconian have decided that it’s their turn to drop another intriguing album upon the masses.

Their first album since 2011’s A Rose for the Apocalypse (and first to feature new female vocalist Heike Langhans), Draconian continue to show why their name belongs with the best the genre has to offer. Delivering more beauty and the beast styled vocal pairings, lumbering doom, a bit of Katatonia-esque droning, and gothic romanticism – they play to their strong suits here on Sovran. The songs stick around the 6-7 minute mark for the most part, but have enough contrast that it will keep the listener enamored beyond the initial listens. You have highlights like the atmospheric and ethereal edge of “Dishearten” to the crushing doom of “Heavy Lies the Crown” and the songs do tend to run the gamut between them. Heike Langhans’ vocals are quite the showstopper, particularly on “The Wretched Tide” and “Dusk Mariner,” and she should have no troubles winning over long-time fans, while growler Anders Jacobsson sounds as potent as ever.

Passionate and majestic while maintaining a heavy and depressive underbelly is a difficult task to accomplish, but veterans Draconian continue to show their worth on Sovran. Quite possibly their strongest album to date, there’s much to enjoy as you move through from start to finish. A case of if it ain’t broke, don’t fix it, it may not push the boundaries of what Draconian has accomplished to date, but it sure is an excellent refinement. 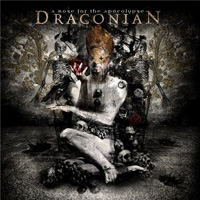