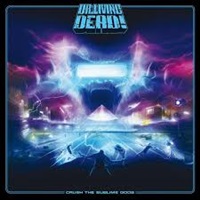 Imagery seems to be an afterthought in terms of members usually in the crossover thrash/hardcore game – relegated to visually striking cover art or particular mascots/logos that appeal to the underground skate punks and earth dwellers looking for aggressive outlets in a healthy manner. So it’s surprising to see Sweden’s Dr. Living Dead! as a four-piece living in a masked skull world to protect their true identities, which can be challenging in a capture everything media we navigate today.

Having had the good fortune to take in their self-titled debut album in 2011 on previous German label High Roller, this third record Crush the Sublime Gods is their first for Century Media, and has a lot in common with Suicidal Tendencies and Slayer – as well as a boatload of humorous lyrics and gang-infested choruses sure to excite the legions who witness the band live. Three of the 13 tracks are a touch longer (i.e. over 4 minutes), of which the slower riff churn of “Force Fed” brings to mind classic mid-tempo Sacred Reich, while the 6 minute plus closer “Wake Up…Join the Dead!” has an ominous doom feel through the first third of the arrangement before climbing aboard turbo tempo afterburners a la Slayer and quickly returning to an evil, moodier instrumental section that through its sparseness gives the listener aural spaciousness.

Of course the heads down bashers gain the lion’s share of this album’s appeal – guitars in “TEAMxDEADx” that gallop away as drummer Dr. Slam lives up to his moniker, while the instrumental “Triggerkiller” has this irresistible bass line (D.D. Verdi would be proud) and mid-tempo flow that gives way to all out nuclear assault in the best manner possible – 80’s style crunch and command where the blood flows as freely as the beer. Add in a singer in Dr. Mania that has the thrash speed and clean nuance to capture everyone from John Connelly to Mike Muir in attitude, conviction, and charisma, and you have the makings of a tight record that should speak to the current metal revolution as the aforementioned influences did for me as a teen 30 years prior.

Tie on that bandana as Dr. Living Dead! will see you in the pit. 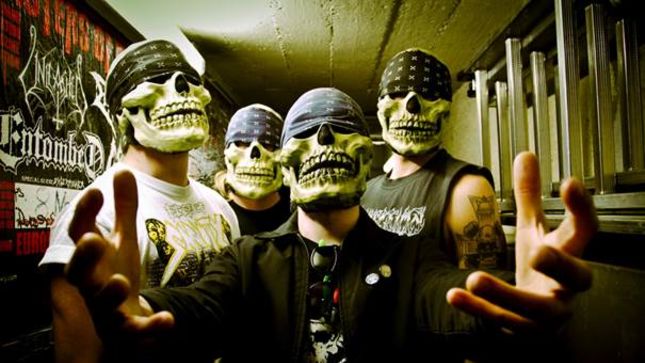 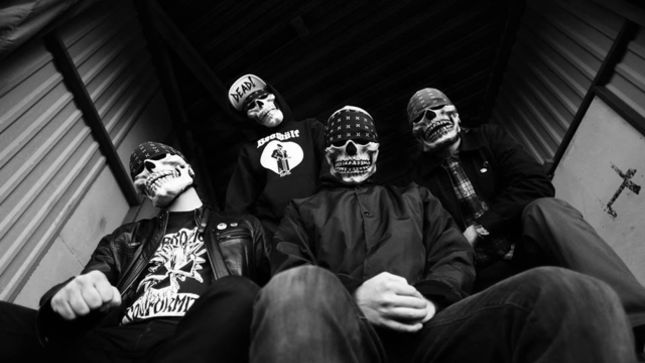