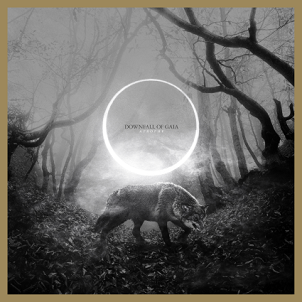 Biohazard released an album titled State of the World Address in 1994; Downfall of Gaia’s Atrophy feels awfully fitting for the topsy-turvy nature of 2016. (No, we won’t venture into political discussion.) An album about the absurdity of life and human existence, Atrophy finds Downfall of Gaia in full bloom, wisely shedding the sludge elements that tended to slosh over 2014’s Aeon Unveils the Thrones of Decay, all the while hoisting a pervasive, almost relentless atmosphere of darkness with little signs of forbearance. This world weariness results in the Germans’ best album to date.

Subject to those graceful guitar melody dives, brisk drumming (some blasts), and hoarse vocal calls, Downfall of Gaia have properly split the divide between the sorely-missed Altars of Plague, and any number of free-flowing, quasi-black metal bands with a defined melodic element. All one needs to do is look at the blustery, epic “Ephemerol” (which may or may not be purposely misspelled) and understand the band’s development. After a brief interlude of clean guitars, the song rapidly ventures into a climatic run of heaving chords, high-velocity blasts, and hyper melodies. The intensity is maintained on “Atrophy,” which is a similar venture into near-black metal territory, heightened by the obvious desperation in Dominik Goncalves dos Reis’s vocals.

Certainly more inspired and inventive than their previous offerings, Atrophy brings Downfall of Gaia out of the post-metal/sludge space and into new, exhilarating terrain. Don’t sleep on the dark, pessimistic angle of Atrophy either; it’s perhaps the one thing that will get you in the end. A real breakout moment, this one. 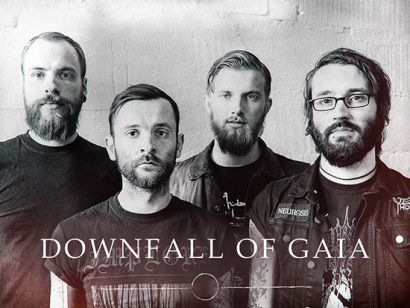