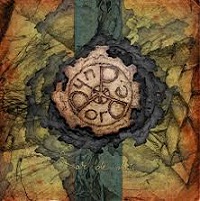 The splintering of black metal weirdos Negura Bunget is an unfortunate one, as the Romanian (Transylvania, to be exact) troupe left an exhausting legacy, headlined by some awfully esoteric albums. The first two that come to mind are 2002’s ‘n Crugu Bradului and 2006’s enticing Om, a twisted, avant-garde BM album if there ever was one, laced with confusing interludes, darting melodies, and songs (e.g. “Tesarul de Lumini”) that were the equivalent to the journey of the center of the earth. The center of the earth for the weird, that is. With lone original member Negru holding the Negura Bunget fort down, it will be interesting to see if he can forge ahead without his two top conspirators, Hupogrammos and Sol Faur, who have gone on to form Dordeduh.

As was the case with Negura Bunget, Romanian instrumentation plays a central role in the band’s sound. On their Dar De Duh (yup, it’s goofy-sounding) all sorts of woodwind instruments are integrated into what is generally, atmospheric and unsettling black metal, often played to the tune of a mid-tempo cadence, full of tribal drums, as heard on the 16-minute opener “Jind De Tronuri.” And like their former band, Hupogrammos and Sol Faur end up over-extending themselves on the album’s first song, causing the rest of the numbers to become exercises unto themselves, save for “Pandarul,” which dives into progressive and/or proggy passages that are savory.

To enjoy both Negura Bunget and Dordeduh, one really has to step out on a limb. As in, conventional wisdom must be cast aside, even in the generally rulebook-less field of avant-garde black metal. Dordeduh is too early into their career to surpass Negura Bunget, but on Dar De Duh the foundation is there for what more than likely will amount to another run of nut-job black metal from the glorious hills of Transylvania.