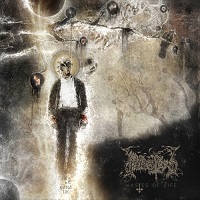 Evidently, we were sleeping at the wheel with this one, as Wastes of Life was released last November. Clearly, we had better things going on, like, sock darning, or not. Anyway, the ever-prolific and intriguing Greek outfit led by Wrath, have long been one of the style’s most dependable bands. Always ready with a funny, elongated song title (ex. “A Pile of Shit; The Only Hope of Your World” or “I Was Challenged to Enter the Gates of Blasphemy”), Dodsferd represent black metal at its ugliest, albeit with an ongoing stream of melody by their side. Wastes of Life, however, is the first real departure from that course.

The long, built-up songs are still here. Then again, they’re not pushing the tempo or the tremolo. Instead, Wrath and gang have created what could best be described as a far more vast and open landscape than before. The opening title track works rather well, highlighted by a melody on repeat that is a real sticker. Some traces of blues guitar pop up on “Sterile Death, Without Mourning,” only for the song to quickly shift into traditional Dodsferd. (Wrath’s imitable screech takes this song for a ride.)

But as you head into the back-half of the album (there are only five songs), the band that keeps coming to mind in regard to Wastes of Life is Ulver. Not so much in the band’s recent works, but their forest-leaning era, where towering melodies and atmospheric openness made their songs significantly more bright and palpable. That’s what has happened with Dodsferd. Where once the band was ready to pummel and humble with misanthropic numbers, there’s now a focus on picking the right spots, playing the airy melodic card, and vocal variation. Age may have not taken away Wrath’s spite, but it has done something once thought impossible: Dodsfred no longer belong to just the “troo” black metal throng. 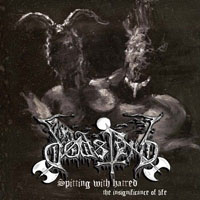 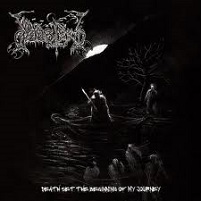