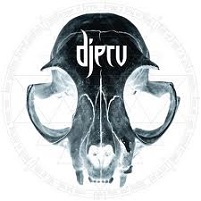 Instead of trying to dance around it (which both Indie Recordings and Djerv are doing), it’s prescient to point out that singer

Agnete Kjølsrud sounds like Gwen Stefani. You know, the same Gwen Stefani from No Doubt, who is married to the marginally good-looking dude from Bush, who has also had a successful solo career and virtually has no business being mentioned on this site. That Gwen Stefani. It’s not a huge deal, for Stefani is actually a pretty good singer and knows her way around a catchy song from time to time. Perhaps the band and label were afraid of the tagline “Norwegian female-fronted metal in the spirit of No Doubt!” Guess we’d feel the same way.

Djerv plays a combination of dirty rock/metal, paired with some very minimal black metal influences, which aren’t as prevalent as the band’s bio leads on. Rather, Djerv has all the makings of a pop rock band

dressed as a metal band, as heard on the saccharine “Headstone” and “Gruesome Twosome,” the latter of which would have been a sure-fire candidate to land on FM Radio in another lifetime. And like any band of this ilk, Kjølsrud’s vocals are a polarizing entity, especially when she drops in with a poppy chorus on the aforementioned “Grueseome Twosome” or a sassy cat call on “Ladder to the Moon.”

Inasmuch as these songs

drip with rock radio formula, there’s a bounty of catchy and lively riffs going down, as heard on opener “Madman” and “Blind the Heat,” one of the few tracks that nips at the heels of oft-used black metal chord progressions. Come to think of it, speed up a lot of Djerv’s riffs and that’s exactly where they’ll land – black metal territory.

Already a commercial success in their Norwegian homeland, Djerv’s bizarre formula is a sink-or-swim proposition on these shores. Frankly, this is such an odd pairing that calling Djerv “avant-garde” wouldn’t even work. It’s the perfect example of having to listen to something to believe it.