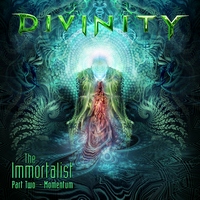 Technically-driven melodic death thrashers Divinity are back with the second part of their The Immortalist trilogy, Momentum, following 2013’s Awestruck. Firing on all cylinders, the band also included Bjorn Strid of Soilwork on one track and had the mix/mastering done by Cryptopsy’s Chris Donaldson of Cryptopsy. The little perks work, but don’t let that overshadow a very solid effort overall.

Comprised of only four tracks, this EP does go with the ‘less is more’ route. Each of the four songs are catchy and memorable in their own right, for their own reasons. Catchiest of all would have to be the mid-tempo crusher “PsyWar,” with a chorus that sticks with you long after the album has finished. Of course, the Strid-led “D.M.T.” has plenty of hooky leads on the vocal department, but also some of the album’s strongest guitar work as well. That’s not to say that the album doesn’t’ have its share of brutality. The monstrous sound that the title track leaves you with is sure to impress, balancing heavy grooves with blast-beat fueled speed (and some impressive growls) throughout. It really is all about managing the more brutal and thrashy side of things, and Divinity hit all the right notes in this department – solid choruses and energetic musicianship.

With the band aiming to finish up The Immortalist trilogy by the end of this year, there’s no better time to check out Divinity. After a career of hard work and keeping things moving forward with their technical melodic death/thrash, perhaps 2016 will finally be the time that Divinity gets their due. 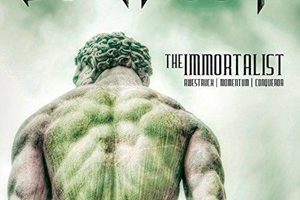 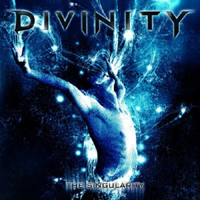