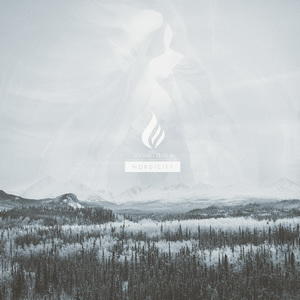 Instrumental metal act Divine Realm have slowly progressed from an early, one-man act into a full-fledged band and released both an EP and 2016’s full-length, Tectum Argenti. The Ontario-based band is now set for their newest EP, Nordicity. Unfortunately, the tether between emotion and instrumentation isn’t as strong as one would hope.

While Divine Realm aren’t one of those overtly showy and over the top instrumental groups, they do have a distinct focus on guitar leads and melody. Opening with “As the Crow Flies,” there’s a slight buildup before the flashy yet tasteful guitar solo fires off, and the music slips into the next track. There’s plenty of melody to be had across the other four tracks, with “Autumn” being the most playful of the bunch. A few catchy moments string themselves together across the track, with some serious skill being put forth across the board. But that’s also the biggest catch as well. It feels more akin to moments of greatness instead of something that truly flows from beginning to end. The musicianship focus is no doubt for good reason given their skill levels, but nothing (outside of “Autumn”) really connects much on an emotional level. Each track simply packs itself full of melodies and solos, but in the end, they don’t seem to offer as much in terms of reasoning to return to them.

Proggy guitar fiends will unquestionably eat up everything that Divine Realm has laid out on Nordicity and be begging for more. The skill level is never in question, but for those folks who are wanting a bit more than a technical display, this one probably isn’t going to hit all the marks.