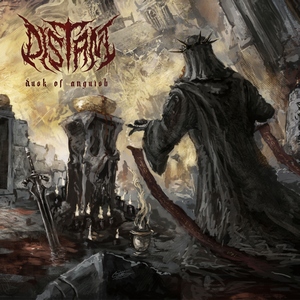 Ever a seemingly busy bunch, Distant have been providing plenty of downtuned deathcore with some slam elements on a very regular basis in the last few years. Last year they released the Dawn of Corruption EP, following up on their Unique Leader debut Tyrannotophia from 2019. Now the band presents another EP for 2021 in Dusk of Anguish. Unfortunately, the progress seems a bit static.

No doubt, Distant have a very angry and heavy sound. Sadly, like many bands aiming in this direction, that’s the only real thing they have going for them. With the emphasis on slower, chugging riffs, the music gets incredibly heavy, but the riffs really stick together and sound like more of the same. The songs don’t gain enough momentum for the heaviness to really stick out much either, since the dynamic isn’t really there for the most part. To make matters work, much of the tracks seem to go the same basic route where they have some chugging riffs, hit an even slower breakdown, maybe move up in speed for a bit, and then go back into chugging. “The Eternal Lament” is a prime example, as it spends almost the entire time in chugging territory – it just doesn’t feel compelling. That said, the one track that bumps up the album a bit is “Graveborn,” which offers up more dynamics than the other tracks with more emphasis on speed at points, and it really helps the chugs to gain more traction. If the band would move more in this direction of added dynamic, it would help out their sound significantly.

Distant seem content to chug along with the majority of the runtime in Dusk of Anguish, which is at a detriment to the experience. With a track like “Graveborn,” it’s clear that they can change things up, but outside of that, unless you are in for a bit of a chugfest (and alcohol this ain’t) you can steer clear of Distant for the time being. 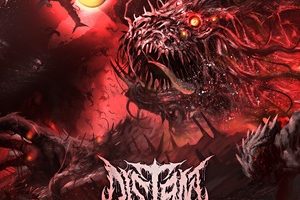