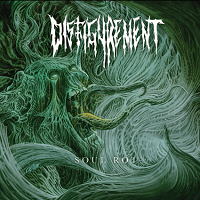 It’s pretty clear that Disfigurement is a big fan of the early ‘90s.  First, the quasi-indecipherable band logo, inspired by a term used to inflict bodily pain.  Even their band photo looks akin to the Deicide/Morbid Angel/”-tion” pics you all remember well, or at wish you could remember if you missed out on death metal’s heyday.  The jackets, the abundance of black, and of course, the cemetery background.  Nothing screams old-school death metal more than getting your band photo in a cemetery.

In all seriousness, though the music doesn’t ever really deviate from what you would expect, it’s played with surgical precision.  The vocals are a definite high note in their ability to convey the guttural brutality necessary whilst providing just enough enunciation to keep it from becoming an exercise in barbarianism.  The riffs are appropriately mixed with some razor-sharp Vader-esque speed with the visceral nature of Cannibal Corpse and Malevolent Creation.  There’s plenty of variation in their approach, a welcome deviation from the blur of speed that most bands tend to go for lately.

As a five-song EP, the length of Soul Rot sticks around just long enough to satisfy one’s hunger for the blast from the past material without the onset of boredom.  Kudos on the artwork as well, interesting and completely puke-green, the best green to adorn any metal album cover.  These guys have honed their craft from the masters of the genre and will put a macabre smile on anyone’s face looking for some new blood capable of properly respecting their elders. 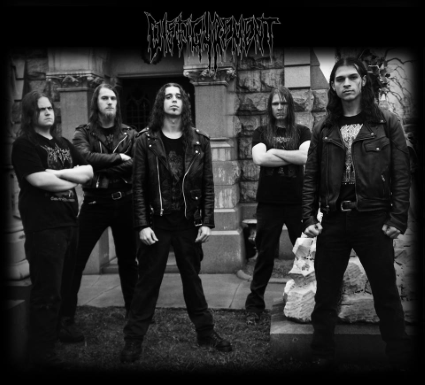