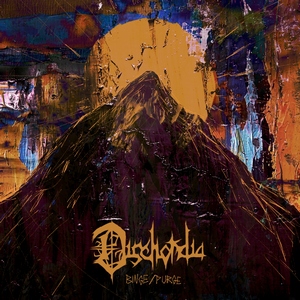 A tech-death offering of two songs may not initially appear to be worth an entire inquiry, as such is usually relegated to our monthly Rapid Fires column. But it coming from the long-standing Oklahoma act Dischordia, and clocking in at 24-minutes makes it a pleasant exception. Binge/Purge is a densely packed listen with much to offer.

A concept album based on a modern telling of Dante’s Divine Comedy through our political-cultural system is the first piece that makes Dischordia begin to stand out more. Metal certainly takes reference from Dante Alighieri, but a modern twist keeps it fresh. Next up, the band’s extreme metal approach does borrow from the more dissonant end of the genre, with Gorguts being a quick source to cite. As this type of material often does, there’s a balance between more moody dissonance and straight-up chaos. Both tracks do a good job of setting up a framework that even brings in outside instrumentation (such as the flute, ukulele, and marimba) take a turn at bringing in a certain level of ambience and darkness. Of course, this allows the more bludgeoning moments to feel more abrasive and impactful – when Dischordia winds up, they can pull off a great deal of destructive riffing that has a bit of it’s own flavor to it. The two tracks bring this to the surface in different ways, with “Binge” opening in more of a fast and furious pacing, where “Purge” is more deliberate in tone, with oozing, sludge-y riffs lurching in the distance to create a bleak tone. But both end up being surprisingly playful with their atmosphere, something that works to bring them together.

Binge/Purge takes two distinct tracks and connects with them with dissonance and setting. It will take a few listens to really wrap your head around all of the different nuances that Dischordia brings to the table, but that’s half of the fun to begin with. An enticing EP for those looking for some death metal that’s done outside of the box. 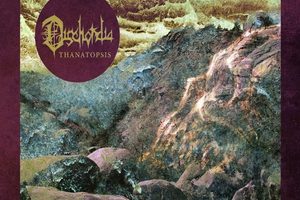 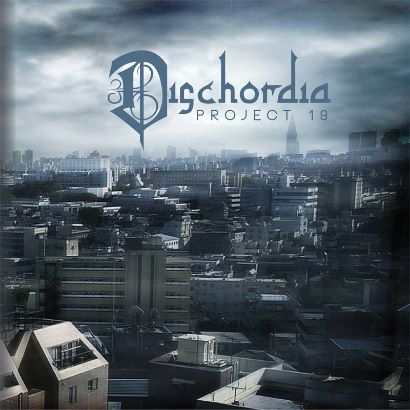