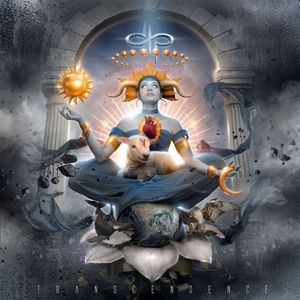 What’s left to really introduce about Devin Townsend at this point? Through all of his various iterations (Strapping Young Lad, Ocean Machine, Casualties of Cool, etc) he’s covered a massive amount of ground within the metal world and is revered by many (in and outside of the genre). His latest work with DTP, following up the Ziltoid/Sky Blue double-album, hits all the marks it should, and continues to showcase the type of creativity and wonder you’d expect from Townsend et al.

Falling nicely in line, sonically, with what DTP has recently done with Epicloud and Sky Blue, Transcendence also reaches back to some of Townsend’s previous works. Evidenced by how well the remade “Truth” sets the tone, you can look back at some of the elements of Infinity, Ocean Machine, and even Deconstruction at times. A more progressive opening punch of “Stormbending,” “Failure,” and “Secret Sciences” eventually leans further into the poppier side of Townsend, with the poignant “From the Heart,” bouncy “Offer Your Light,” and cover of Ween’s “Transdermal Celebration” (suitably Devin-ized) rounding out the back-end.

Transcendence is also unique in that Townsend relinquished some of his usual control, with other band members contributing parts to various songs and even having Periphery’s Adam “Nolly” Getgood engineer and help mix the record. The result is something that feels slightly more organic than the past few DTP releases. It’s crisp and allows the heavier parts to come through with plenty of pizazz, as noted in “Higher” and “Stars” (which some may remember from the Toontrack session). Despite a few heavier parts, the album is fairly high-spirited, with plenty of positive vibes, and some added contributions from usual suspects Anneke van Giersbergen and Che Aimee Dorval (as well as a choir) making things even sweeter.

Feeling somewhat akin to a ‘greatest hits’ of previous Devin works, yet with an eye towards the future (such as a stronger soloing presence), Transcendence should find its way into the heart of any fan of Devin’s catalogue, or newcomers for that matter. Heavy while being accessible, uplifting without being cheesy, and epic in scope while maintaining a sense of purpose, Devin Townsend and company have struck gold once again.