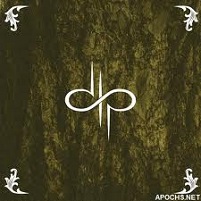 Now fully relegated to being a studio musician

(blame the burnout from Strapping Young Lad and this thing called “starting a family), Devin Townsend has shifted focus to building his solo name once again with the Devin Townsend Project.

Bear in mind that this is not the “Devin Townsend Band,” which produced the quite excellent Accelerated Evolution and Synchestra, it’s Devin going almost all-solo again, with the help of a select cast of characters from the man’s lengthy musical

career. Ki is reserved and reflective, kinda like how 2001’sTerria was, with few metal moments, but a high amount of delicate songcraft, which is gradually becoming the Canuck’s modus operandi.

Ki drifts in and out, front-loaded with “Coast” and “Disruptor,” which has a Talking

Heads-like squeeze to it. “Gato” runs the same way, albeit with less than-impressive results. “Terminal” pumps out a beautiful atmospheric runs that would make Anathema take notice from the pub, while “Heaven Send” is Townsend doing his take on simple, alternative pop…in his usual quirky fashion.

Past that, Ki loses its draw. The trippy “Ain’t Never Gonna Win…” fails to hit the mark, as does “Trainfire,” an ill-conceived homage to classic country music

about a girl chasing a train. “Winter” is lush and gorgeous, though.

The first part of a proposed three-album series, Ki drifts by and leaves perhaps not the mark Townsend was expecting. Rarely does the madman leave us wanting more, but in this case, he has. Guess that’s what the next two albums are for, eh?