Obvious, career-stalling limitations aside, the beyond-brutal death metal style that Italy’s Devangelic plays is with merit. If the onus is making technical lemonade with lemons, then these lads warrant inclusion into the discussion, where it’s a veritable free-for-all of like-minded bands each doing the same thing. So for a band with barely two years under its belt, signed to a quality indie in Comatose Music, things probably couldn’t be more on the up-and-up. And given Resurrection Denied’s inclusive, battering ram of a death metal approach, then it’s hard to render why anyone would slag these guys off.

Nine jams here, totaling just over 31 minutes, prime real estate for DM of this ilk. The constant snap and crackle of drummer Alessandro “Venders” Santilli’s snare is perhaps the first thing that will jump out, as he’s placed high in the mix, often burying the palm-mute-happy renderings of guitarist Mario di Giambattista. Therefore, it’s really Santilli’s show, where he multiplies traditional death metal blasting with Dying Fetus-like groove excursions, several of which are of value, like on “Unfathomed Evisceration,” the album’s most maniacal and rampant cut. Special nods also go out to “Crown of Entrails” and “Perished Through Atonement,” two songs that had titles that were to fun to type.

Inasmuch as Resurrection Denied is telegraphed and wholesale, the execution and display is admirable. As knowingly boxed into a corner as Devangelic is, there’s a high probability they’re at home as we speak, wrapped up in their instruments, preparing to up the technical ante for album #2. That’s what the good bands of brutal death metal do. 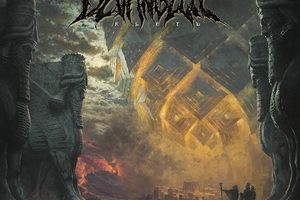 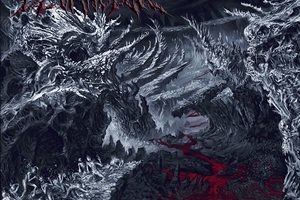