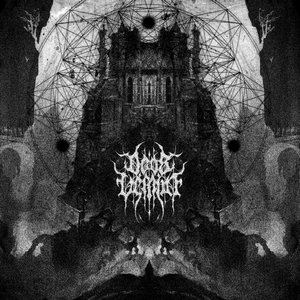 Blackened death metal is at its best when it embraces a more dark and sinister tone (as opposed to just outright death metal brutality). Let the music breathe a little bit instead of straight-ahead bashing the drums and firing off guitar riffs until the end of days. It’s a tactic that Deus Vermin seems well versed in already – impressive considering that this EP has only been preceded by one demo.

There’s quite a lot of different things going on below the surface with Monument to Decay. Sure, the death/black tag does cover the bases pretty well, but in terms of what’s actually happening, there’s more at play. The death metal side is more ominous than charging, with lurching riffs (“Worms”) being a major weapon in the band’s arsenal. It allows the rampage and whirlwind of tremolo riffing to have a much greater intensity when they do decide to really go off the rails with it (“Shrine”). The sense of balance and variation present in the songs speaks to a much greater sense of songwriting maturity. There’s a bit of dissonance as well, giving an occasional Gorguts/Ulcerate vibe but they don’t overplay their hand with it. It’s simply a tool at their disposal, one that helps keep the ball rolling and works as a component that adds to the dark and somewhat filthy tone that they employ. That is actually the final piece worth mentioning, as the murky sound they embrace feels organic and gives the music just enough clarity to get by but sounds entirely disgusting (in the best way possible).

At 20-minutes, Monument to Decay is more introduction than anything else but it should serve the band well in gaining a sturdy fanbase. While they don’t go outside the usual parameters, it’s all quite well played and shows some hints at innovation. Should they continue in this direction, Deus Vermin will be a band to genuinely get excited about.