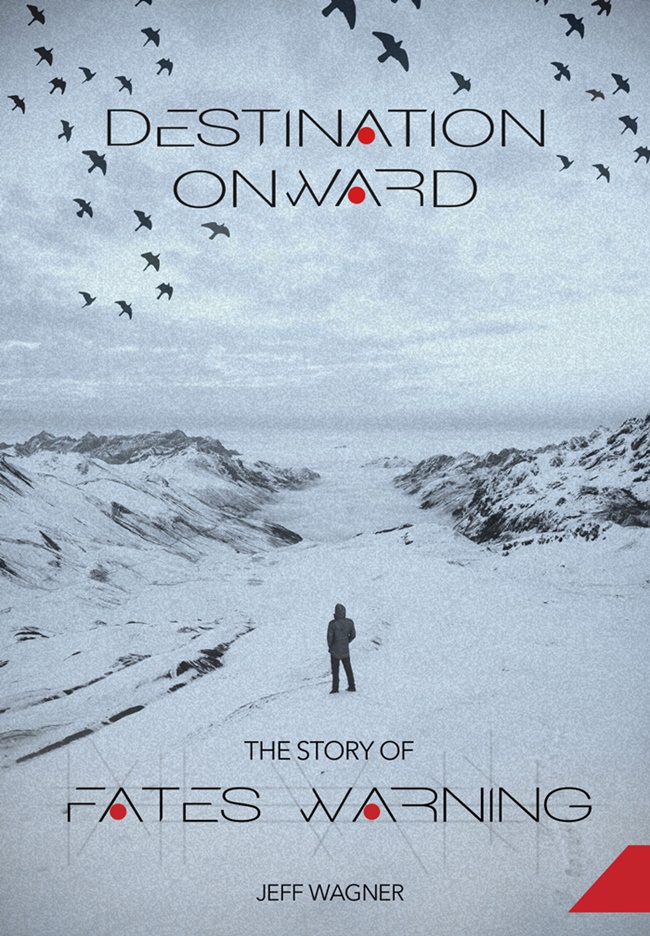 When looking at the premiere outfits in progressive metal, the triad of Dream Theater, Queensrÿche, and Fates Warning can not be denied for their influence, global following, and decades of presence within the industry. Writer, long-time music connoisseur and avid Fates Warning follower Jeff Wagner decided to chronicle the lives of Fates Warning in this comprehensive biography Destination Onward – The Story of Fates Warning. Readers can expect to learn a full account of the band’s journey – including key lineup changes, album by album memories, tour stories, and behind the scenes information rarely revealed in depth until now, straight from the band members themselves and key musicians / industry people that have come to know and love the group.

Interesting stories that connected well with this scribe including the infamous multiple cover art situation for the group’s first album Night on Bröcken, how Ray Alder came into the band following John Arch’s departure and the subsequent stress-filled recording sessions for No Exit, the push and pull struggles with major label promotion coinciding for Parallels, and the detailed work behind the one song A Pleasant Shade of Grey album (including actually notes from those recording sessions). Supplementing stories from all available Fates Warning members with memories from artists and industry people like Brian Slagel, Mike Portnoy, Tom Phillips, and Steve Kachinsky, Jeff has a very comfortable pacing with the chapter by chapter, album to album format and flow with this book. It’s easy to now listen to the discography and understand the specific shifts the band would make record by record, where guitarist Jim Matheos felt more comfortable exploring his songwriting vision and broader horizons based on the musicians he had within the ranks. You can feel the passion that these musicians had striving to achieve an original artistic approach, garnering respect and admiration even if at times the sales figures didn’t achieve the level of others.

Jeff also weaves in his assessment of each record in a fair, critical manner – outlining right away during the introduction that 2020’s Long Day Good Night is in fact the Fates Warning swansong record as far as studio output. Rare archival photos straight from past and present band members gives the book another warm touch – plus the historical context of the scene they grew up around and learning about those lesser-known artists (Heir Apparent, Screamer, Lethal among others) sets the scene vividly as to how Fates Warning were able to move steadily up the ranks through determination and consistency. You’ll also discover information relating to solo and outside projects that occurred during the 2000’s and beyond, and personal journeys that impact key decisions in specific times in their lives.

Well-researched and a fascinating read – Destination Onward – The Story of Fates Warning is an amazing chronicle of an elite progressive metal act that will maintain influence on the music scene for generations to come.