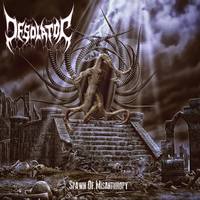 As much as one loves the newer death metal approach of trying to balance songwriting with technical flair, sometimes it’s nice to hear a band that keeps things a bit more rooted in the old ways. And one that doesn’t rely upon old school worshipping to get the job done. Swedish act Desolator do this well on their latest EP, Spawn of Misanthropy.

Having previously released one full-length in 2013 (Unearthly Monument), Desolator continue their pathway of brutal death metal, done with the highest purity. Feeling more akin to bands like Vader, Immolation, and Sinister, Spawn of Misanthropy gives you a quality return to mid-to-late ‘90s death metal. The production gives the needed meatiness to the riffs, which come fast and heavy, switching between moments of speed and militant mid-tempo riffs meant to crush the listener (along with some Immolation-esque guitar squeals). There are also some melodic leads (such as on “Illusions of Grandeur”) that provide some contrast and memorability to the more brutal riffing. Vocally it’s about what you would expect, with mostly low-range growls and some occasional higher rasps, but it’s well done for the style, and has the necessary power to keep things moving. The first three songs won’t come with many surprises but “Dark Epitaph” moves away from the other three tracks in its doomier pace (and 8-minute runtime), serving as a nice change of pace as well as a more atmospheric closer.

Spawn of Misanthropy isn’t going to win any points for standing out from the crowd, but all four songs are fine songwriting specimens. This is brutal death metal that is meant to floor the listener, and that’s exactly what happens in all four of these tracks. 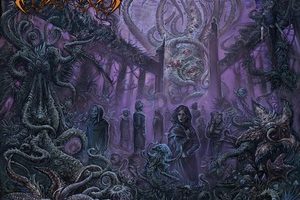 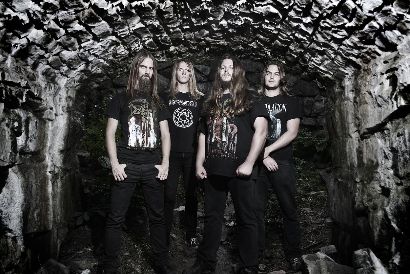