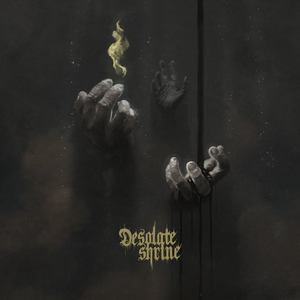 Talk about having a case of the greys. Deliverance from the Godless Void marks the third, grimy grey cover that has adorned their album covers. But with good reason nonetheless. Desolate Shrine have made a habit of bringing their listeners into unsettling and uncomfortable waters. Deliverance works no differently on that front, allowing one to stare directly into the abyss.

Taking the doomy Finnish mindset to heart, what Desolate Shrine has also managed to keep up with throughout the years is avoiding the direct comparisons to other cavernous death metal acts. They’ve been able to keep a gloomy and mysterious vibe without having to ape any of the ‘90s death metal lords that many seem quite indebted to. Instead they take the darkened route with a more mystical approach – there’s something near magical about a track like “Unmask the Face of False,” where lumbering and doomy riffs combine with an utterly bleak atmosphere to give off an hypnotic sense as the music marches onwards. Hitting the 10-minute mark gives it claim as the lengthiest track here, but the hypnotic and unsettling vibes make sure that you won’t bat an eye through the experience. They can get things moving faster with reckless abandon (see “Demonic Evocation Prayer”), but the band knows where their strengths truly lie this far into the game, which are the brooding melodies and introspective hulking riffs. The primitive beatings do help keep the music afloat, but they just don’t portray the same sense of magic as their slower brethren.

As the band’s fourth album, Deliverance from the Godless Void keeps to the band’s foundations. Their ability to drag you down with the weight of their riffing is key to the formula, and this release provides some of the best examples of that particular forte. Soul-crushing indeed. 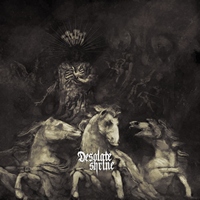