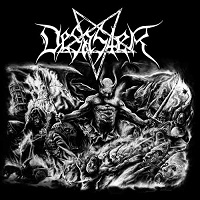 As an indication of how deep and expansive Metal Blade’s roster is, this scribe totally forgot who Germany’s Desaster were until The Arts of Destuctionpopped up in our digital promo pool. Understandable, considering the last anyone heard from the band was 2008’s 666 Satan’s Soldiers Syndicate and even that was wholly unremarkable. As such, The Arts of Destruction straddles the line between modern and grim black metal, resulting in a true-to-form release with little or no takeaways.

The band’s black metal approach falls somewhere in the crosshairs between mid-90’s era Satryricon and Destroyer 666, who seem to be the closest cousin to Desaster in terms of how they construct their riffs. Thankfully, the band stays away from the all-too-easy blast beat marathon their contemporaries fall prey to, preferring a mid-paced surge that allows for the aforementioned riff choices to have greater impact (i.e. “Possessed and Defiled”).

An underlying thrash influence manages to creep in on “Queens of Sodomy,” a song that exemplifies that uber-intense nature of their countrymen Sodom and Destruction. Yet clearly, speed is not Deaster’s long suit, with the grinding “Phantom Funeral,” atmospheric “At Hell’s Horizon,” and the punishing gallop of “Beyond Your Grave” emerging as the only tracks worth giving nods to.

Quite difficult to calculate who or what would want to take a chance on Desaster. They’re essentially the embodiment of Average Joe black metal, with the only missing aspect being some type of ridiculous schtick. As far as these eyes can tell, the Germans are without one, thus rendering them every bit as generic as their purposely misspelled name would suggest. 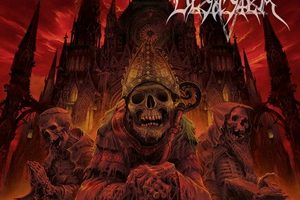 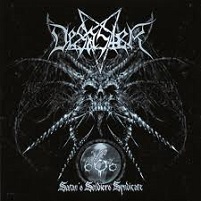