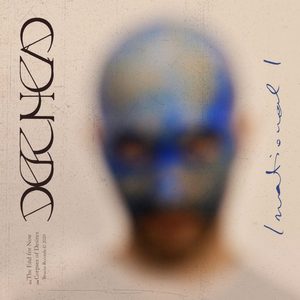 Derhead is a one-man atmospheric/avant garde black metal band of one Giorgio Barroccu. Irrational I is the latest in the line of a few EPs, and the first bit of new music from Derhead since 2016. With only 2 tracks, you could imagine it’s a short experience but when they are around 8-9 minutes each you can begin to see how nuanced and fleshed out they are.

The problem with lengthy tracks is sometimes the lingering and meandering that they do to build up the proper mood, and they begin to feel redundant. Pleasingly, this is not the case for Derhead at all. Instead, the songs both seem to breeze right by without a moment’s notice – due to the fact that they have multiple tempos and a lot of variation. While this could present a problem in and of itself, the eerie and strange vibes that are present in the music are a unifying factor. Whether the songs are blazing away at blackened speed (complete with ‘classic’ tremolo riffing) or they dive into near-doomy claustrophobic waters, the feeling that both tracks provide stick to something that feels just dirty and dark enough while simultaneously offering a taste of grim elegance and grandeur. It’s a tough bit to really give it an apt description, but it does come across quickly in the music itself. The melodies also help to tie it altogether too, featuring a nugget to the listeners who return to the music often. They tend to stick out more with a focused and repeated listen.

While there is only two tracks to be had here, Irrational I is consistently enjoyable and provides a dark mood that can enchant the listener. If anything, the brisk EP avoids the fatigue that could set in with 4-5 tracks of a similar length and really cuts to the chase, so to speak. Worth a look if you enjoy black metal that isn’t afraid to step outside the box a bit.